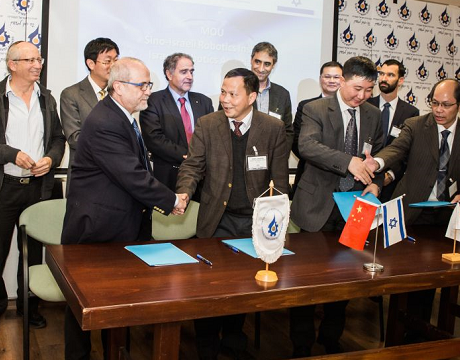 A coalition of Chinese investors and the city of Guangzhou signed an agreement with the Israeli Robotics Association (IRA) in order to invest $20 million to build a robotics R&D center in Israel. This, will develop robotic technology that will help China to further automate and modernize its industrial sector. Based on the terms of the agreement, the technology which will be developed by Israeli and Chinese researchers will be mass-produced in China.